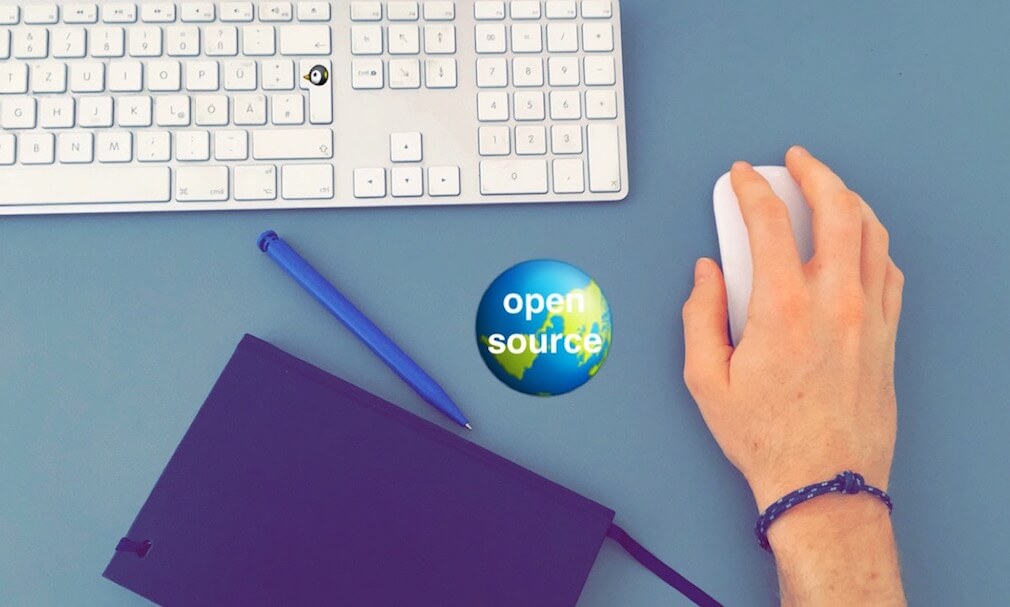 Over the last few years, developers got some superpowers. Or at least, technologies such as open source bug tracking enabled developers to do amazing things. And that’s incredible. That, combined with understanding user and customer feedback, has made devs more important than ever within a business.

However, there is one big challenge that comes with every new website or app. Something we – the tech-savvy people – call “a bug”. And those bugs are giving us, the developers, a hard time. And those bugs are the reason, why we need to use bug tracking systems in order to find, document, and solve these bugs.

Today I’m going to present you with 7 excellent open-source bug tracking tools that help you to get started with the bug tracking game.

Open source solutions are a great and easy way to make yourself familiar with a new topic. Most open source tools are the easiest way to learn something new or to set up a new workflow within your team. And most importantly: They are free to use.

All in all, we took a closer look at the following open source bug tracking tools:

Trac describes itself as a minimalistic approach for web-based project management systems. It is minimalistic from a design perspective. Yes. But it definitely doesn’t lack any key features.

With Trac you can enable to create project roadmaps, milestones and you can even fully modify the issue reporting area to your needs. Since we’ve used trac over the last few years, we have an extensive experience with trac and it’s deep integration possibilities enable you to do a lot of great things.

However, I have to say that it probably takes quite some time to get a deep understanding of trac’s feature-rich interface. 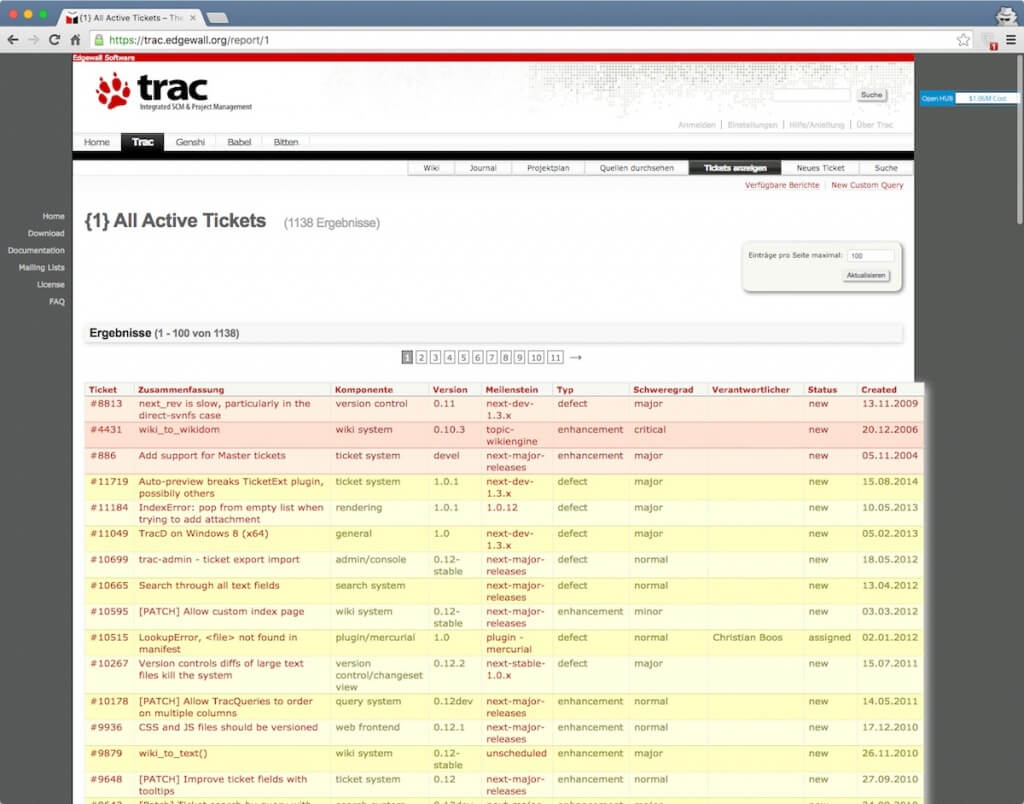 Therefore, Redmine is definitely more than just a bug tracking tool. Redmine is used by many web development teams around the world for managing their projects. With its features, it can easily be used for agile or scrum workflows.

From my perspective, it can also be an alternative to JIRA or to Microsoft Project, because it offers similar benefits.

If you want to take an in-depth look at Redmine, I’d recommend this article on how to get more out of your Redmine projects. 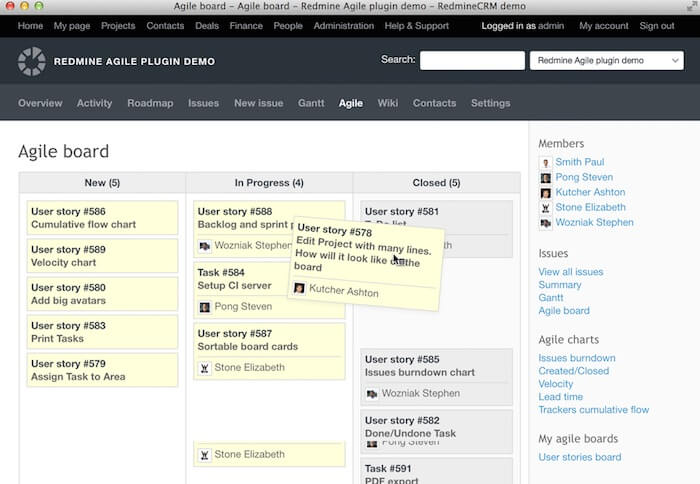 An alternative to Redmine is OTRS. OTRS stands for Open-source Ticket Request System and is a free and open-source ticketing system. Being a ticketing system it can not only be used for your bug tracking efforts. With its help desk features, OTRS is a great, free customer service solution too.

Initially released in 2000, Mantis BT is one of the old kids in town. Written in PHP and available in 49 different languages, Mantis BT is a widely used bug tracking tool.

Mantis got its name from the Mantidae family of insects, colloquially referred to as bugs. That’s also the reason why Mantis BT uses a bug as their logo.

With the release of Mantis BT version 1.2.0, an event-driven plugin system was introduced. As being one of the elder kids in town, I personally found Mantis BT quite old school. Also if you compare it to other issue tracking tools. 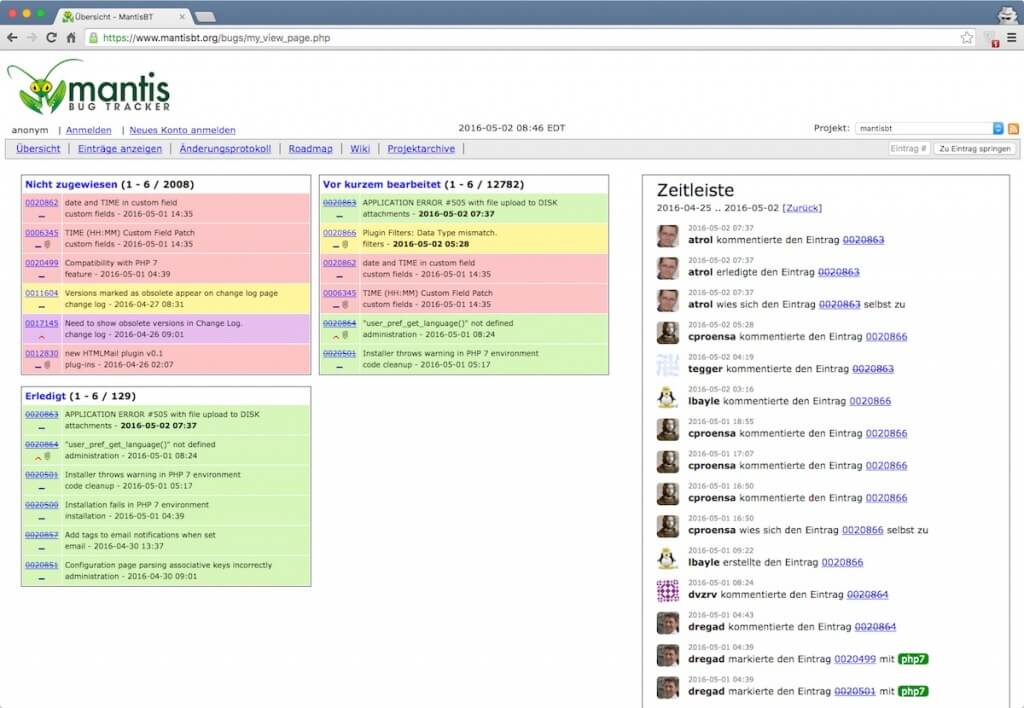 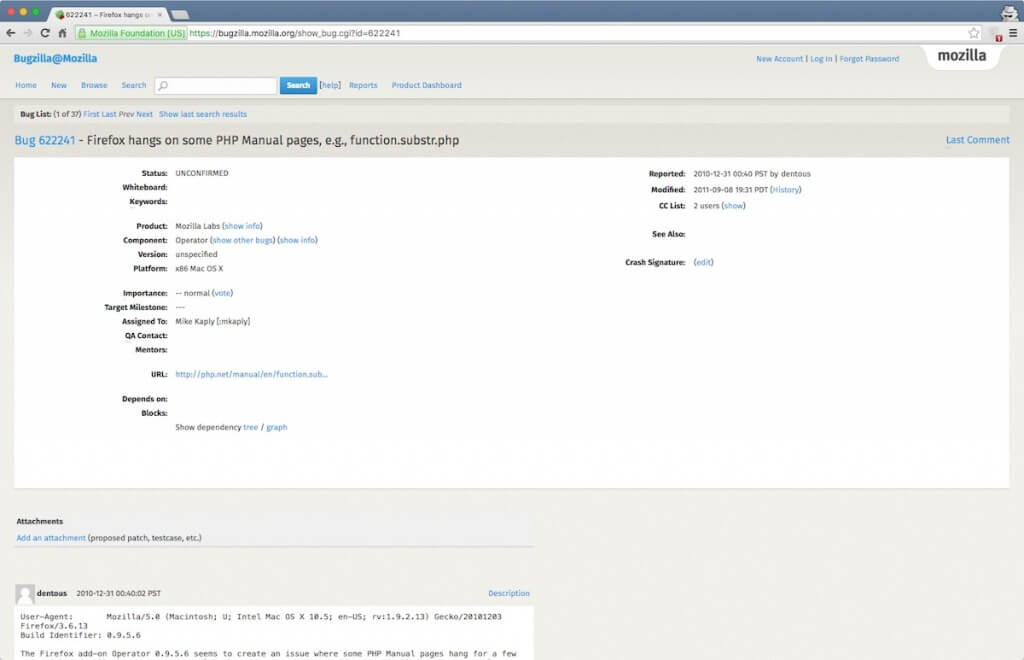 WebIssues is an open source, multi-platform issue tracking system. As it says on its website, it can be used to “store, share and track issues with various attributes, description, comments and file attachments”.

The latest version of 1.1.4 was released in August 2015 providing a simplified mobile version of the web client. 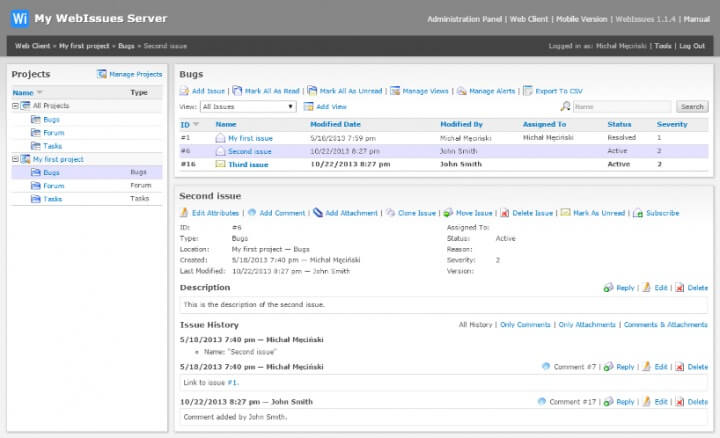 Fossil is another, simple-to-use issue tracking system. However, Fossil not only supports bug tracking but also offers a wiki and other project management related features.

The key component of Fossil is its distributed version control system. Though Fossil seems to be a pretty stable bug tracking tool, its clear focus is on version control. This leads to the problem that it might not be the easiest tool for not so tech-savvy people.

Wrapping up on bug tracking tools

We at Usersnap are fans of bugs. Yep. Because we accepted the fact, that life is full of bugs. And we love them. Therefore, we decided to build our super-cool bug tracking tool more than three years ago. If you look for an alternative to open source bug tracking, I’d highly recommend to check out our very own visual bug tracking tool Usersnap. It’s free for 15 days and allows you to easily set up a bug tracking tool. Also loved by non-developers. 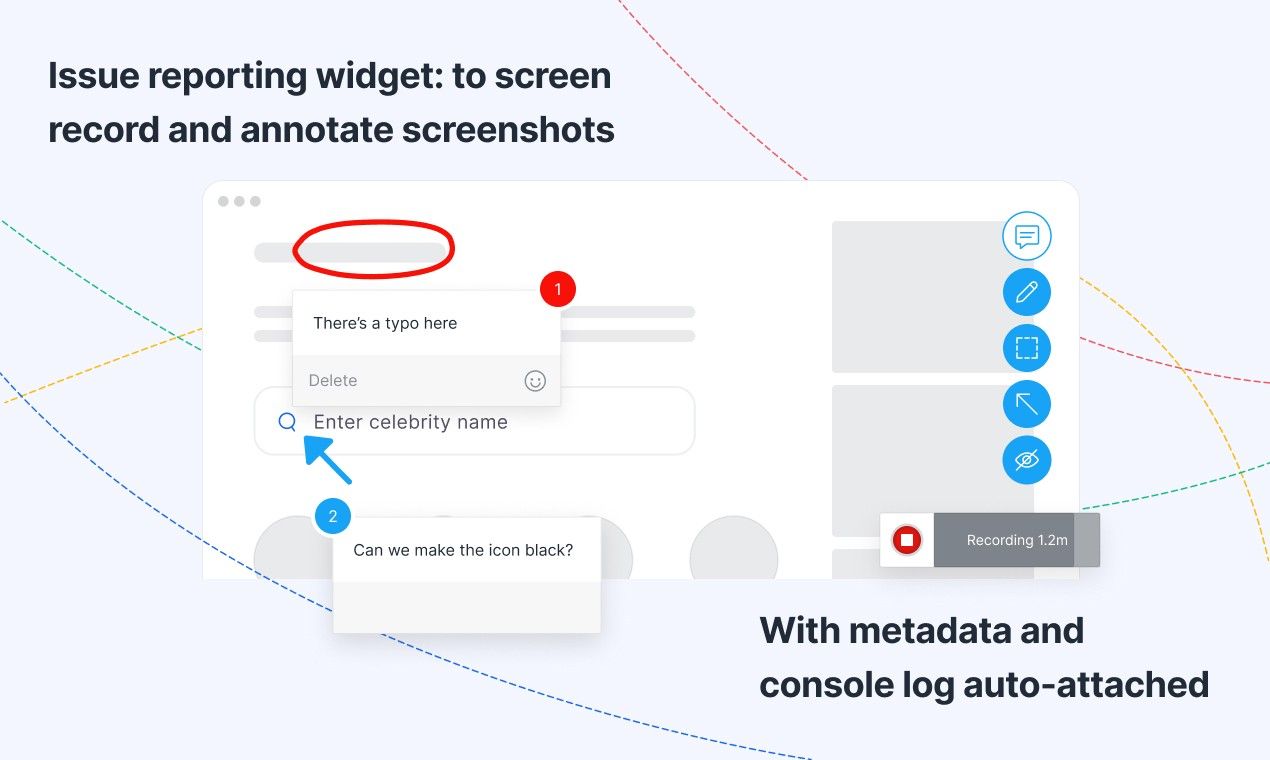 Anyway: I hope you enjoyed our article on the best open source bug tracking tools. Feel free to check out Usersnap and it a try. It’s free for 15 days. Otherwise, I hope to see you on this blog again in the future 🙂