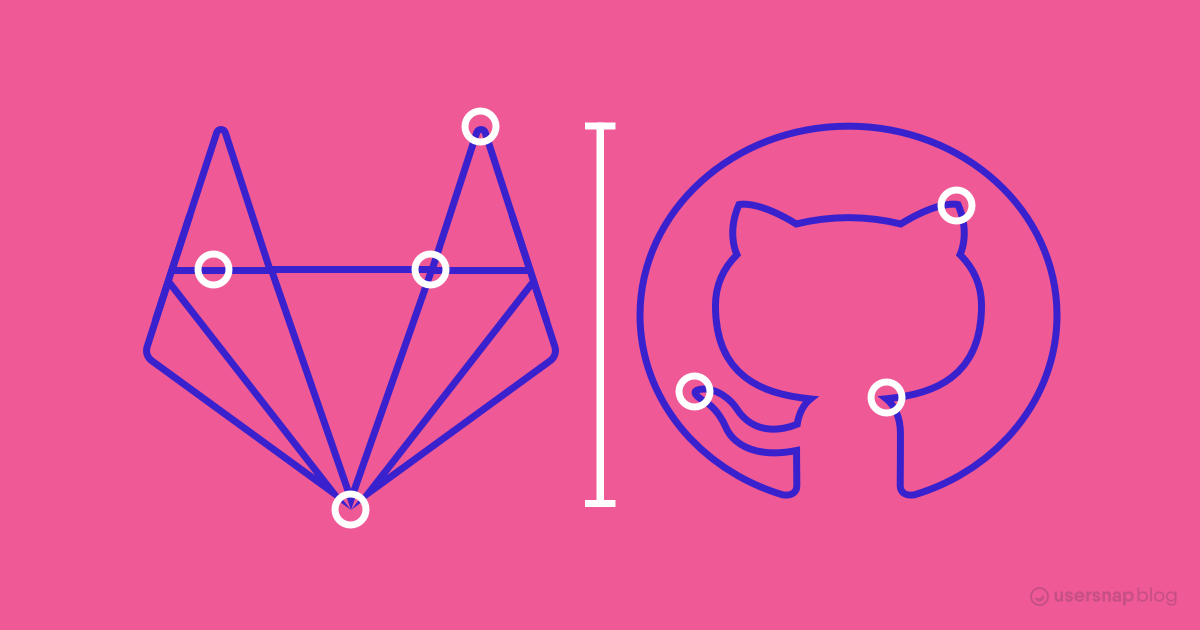 GitHub projects can be made public and every publicly shared code is freely open to everyone. You can have private projects as well, but only 3 collaborators allowed on the free plan.

Public repositories on GitHub are often used to share open source software. Besides the basic code repository, GitHub can be used for issue tracking, documentation, and wikis.

With GitLab you can set and modify people’s permissions according to their role. In GitHub, you can decide if someone gets a read or write access to a repository.

With GitLab you can provide access to the issue tracker (for example) without giving permission to the source code. This is obviously great for larger teams and enterprises with role-based contributors.

GitLab CI offers Auto DevOps which automatically run CI/CD without a human being actually setting it up.

Download for free this step-by-step CI/CD pipeline set up guide with GitLab vs. GitHub & Travis CI.

Bug reports and user feedback can automatically be sent to GitLab or GitHub. Or you can pre-filter those tickets inside Usersnap and manually send it to your development project.

GitHub, on the other hand, does not offer such detailed documentation for the most common git repositories. However, GitHub offers to use GitHub Importer if you have your source code in Subversion, Mercurial, TFS and others.

GitHub, on the other hand, seems to be more restrictive when it comes to export features of existing GitHub repositories.

Both GitLab and GitHub offer a wide range of 3rd party integrations. Integrating your version control system with other application enriches your workflows and can boost productivity for your developers and your non-developers.

On an enterprise level, you should consider further factors when making an informed decision of whether to use GitLab vs GitHub.