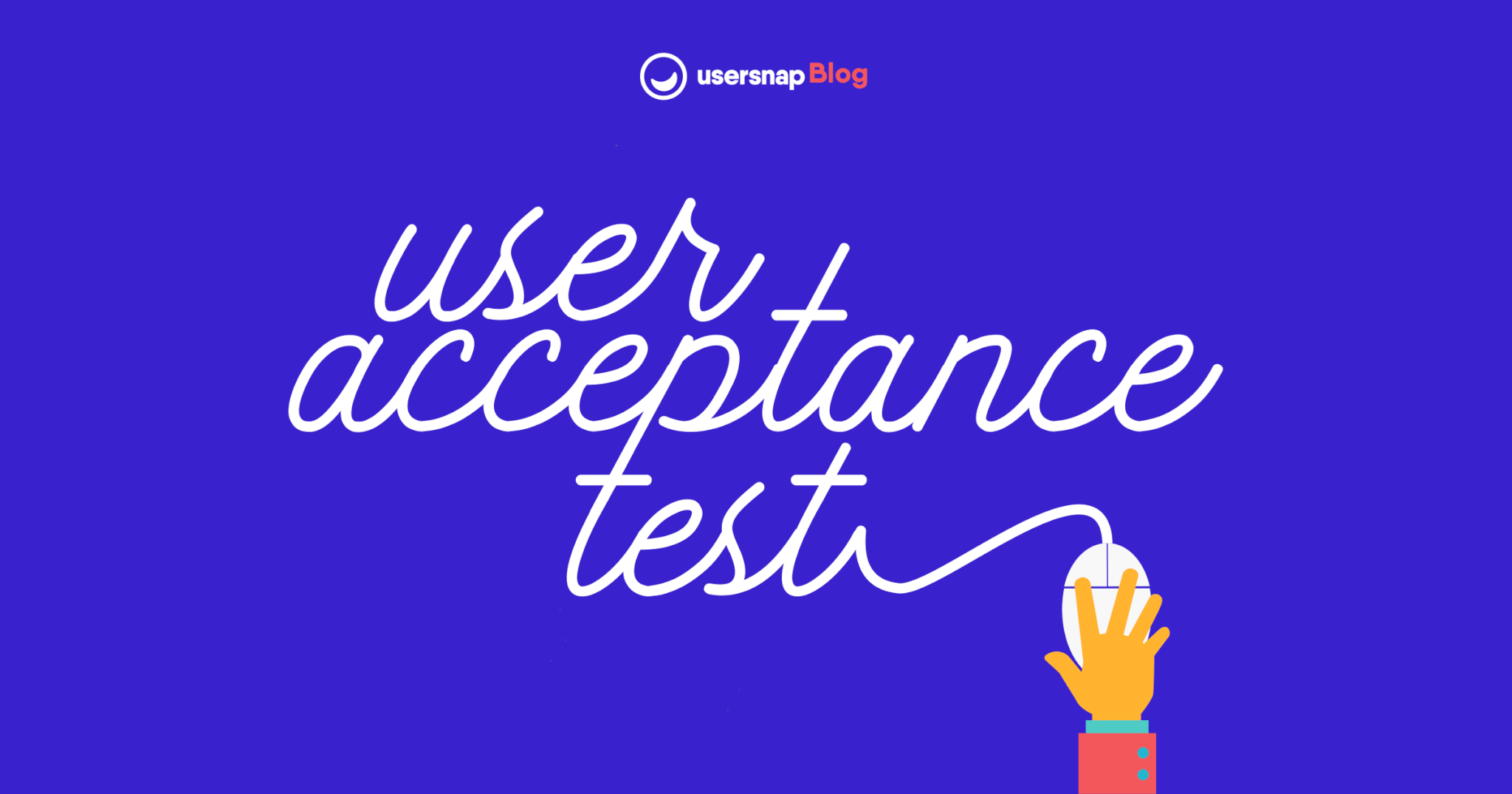 With technology underpinning all business processes today, with the pace at which new technologies are emerging, companies need to introduce new products and services at a faster rate than their competitors using user acceptance testing software to meet the needs of the end user.

Why should they focus their efforts on quality assurance using user acceptance testing?

User acceptance testing is often the most essential to get right. Why? Because of the successful implementation, it’s the most effective in reducing both time and cost, whilst increasing customer satisfaction.

🐴🐴 hold up little ponies. maybe you need to take a step back, and get yourself the ultimate guide on customer feedback first. if so, we got you covered cowpokes 🤠🤠 ok, back to UAT!

What Is A Good User Acceptance Testing Definition?

I’ll keep it simple; according to Techopedia, user acceptance testing (UAT) is:

User acceptance testing (UAT) is the last phase of the software testing process. During UAT, actual software users test the software to make sure it can handle neccessary tasks in real-world scenarios, according to specifications. UAT is one of the final and critical software project procedures that must occur before launching a new software to the market.

User acceptance testing (UAT), otherwise known as User Acceptability Testing, Beta, Application, or End-User Testing, is often the last phase in the web development process, the one before final release or installation of the website or software for the client, or final distribution of it.

UAT testing means the usage of the software by people from the target audience and recording and correcting of any defects . It’s the closest thing to a “_real world_” test available. It gives users the chance to interact with the software and find out if everything works as it should after considering the features, miscommunicated, not communicated, and so on.

DevelopMentor puts it most succinctly when they describe user acceptance testing (UAT) as:

The goal of User Acceptance Testing is to assess if the system can support day-to-day business and user scenarios and ensure the system is sufficient and correct for business usage.

What’s the Purpose of UAT?

Whilst UAT – User Acceptance Testing –  is essential, typically, it’s not able to be undertaken until the application is largely feature-complete. Guru99 lists 10 prerequisites, which must be met before UAT can begin. These are:

As we were saying, User Acceptance Testing, also known as UAT (or UAT testing), in a nutshell, is:

A process of verifying that a solution works for the user.

Here’s an example of how this can be done through screen recordings with Usersnap: 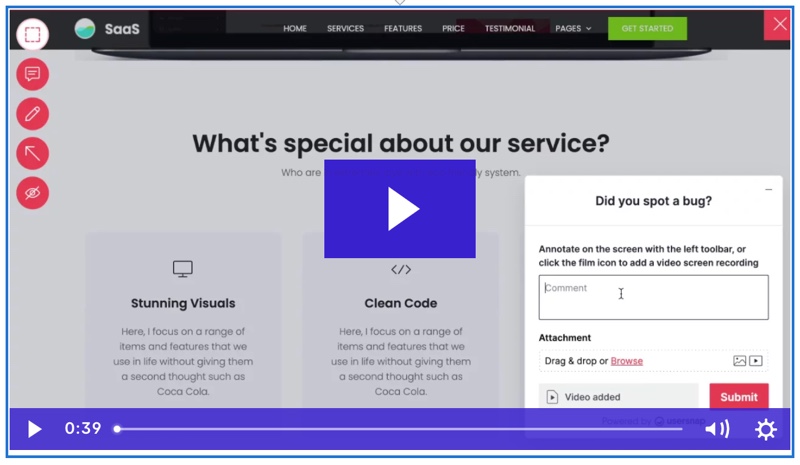 And the keyword here is “user”. This is crucial because they’re the people who will use the software on a daily basis. There are many aspects to consider with respect to software functionality.

There’s unit testing, functional testing, integration testing, and system testing, amongst many others. As part of these processes, we regularly ask questions such as:

Whilst these are valid and essential, ultimately they’re quite meaningless – if the application doesn’t perform as the end user expects. As software artisans, we need to avoid situations such as:

Who should be involved in User Acceptance Testing (UAT)?

The most important peer group to include in UAT testing are “real” end-users of your software. Include every role and stakeholder group, which means that people from each group should be selected to join the UAT team.

How You Can Start With User Acceptance Testing

Now that we are done discussing the groundwork for what UAT is and why it’s essential, let’s finish up by seeing how to start using it. Normally, UAT consists of four steps. But it can vary, based on whether the application is going to satisfy a single customer, or whether it’s should be off-the-shelf software, available for purchase by anyone.

Firstly, the criteria to consider for the software to be “working” needs to be assembled. These are likely to be collated from the system requirements, and user stories. Next, a set of UAT test cases must be created. Centric defines a UAT test case as:

A set of test steps, execution conditions and expected results developed for a particular objective, such as to exercise a particular program path or to verify compliance with a specific requirement

Each case covers a specific usage scenario of the software. It is normally a set of actions that the user can carry out and be able to verify if the software’s is working perfectly well.

With these in place, the tests have to be run and the results recorded. Were the tests successful, or did defects result? Any bugs then need to be corrected and re-tested.

Finally, assuming that everything is working perfect, there is a need to complete an orderly sign-off . This is done with your client or the team they have assembled for the project, where they will state that what they’ve received is working as expected and meets their criteria.

Therefore we decided to collect all our thoughts and knowledge on the different types of UAT in this article.

And that’s what, why, and how of integrating User Acceptance Testing as a standard part of your web development projects. It reduces the likelihood of issues that is happening, which in turn reduces the amount of work required in development and maintenance.

Sure, it’s another process that you have to manage, but the reduction in overall cost and a higher level of user satisfaction more than offsets the associated costs. 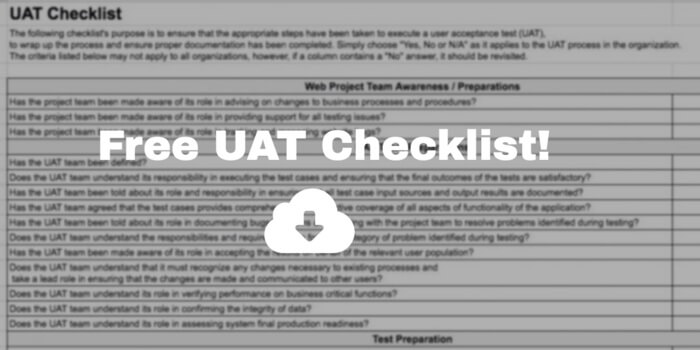 To help you out, we’ve set up a UAT testing template that you can download. This covers everything from preparing your team, the test environment, to test execution and evaluation. Feel free to grab a copy to help you out with your UAT testing efforts.

What’s Been Your UAT Experience So Far?

When considering User Acceptance Testing, you’re probably not thinking of some “old-fashioned” methods – like email, attachments, PowerPoint presentations, spreadsheets, etc. You may consider compiling the client’s feedback and testing results in your project management tools, such as Basecamp, Asana, and Jira. But that’s not ideal either.

A UAT tool should make minimize the effort in giving feedback and include screenshots. As it’s for real-world testing, different kinds of devices and browsers environment would come up, so it will also be important to be able to automatically capture such metadata.

Last but not least, here is a heads-up on Usersnap, which is our very own visual user acceptance testing solution, used by companies like Facebook, Google, and Microsoft. 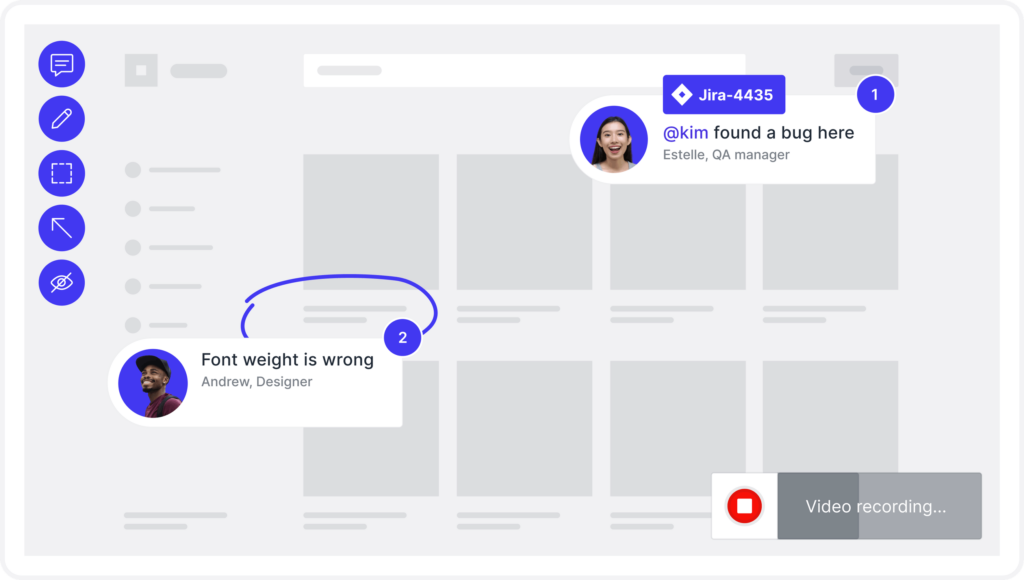 Start your UAT efforts with a free trial of Usersnap, the #1 visual feedback platform for QA or UAT.