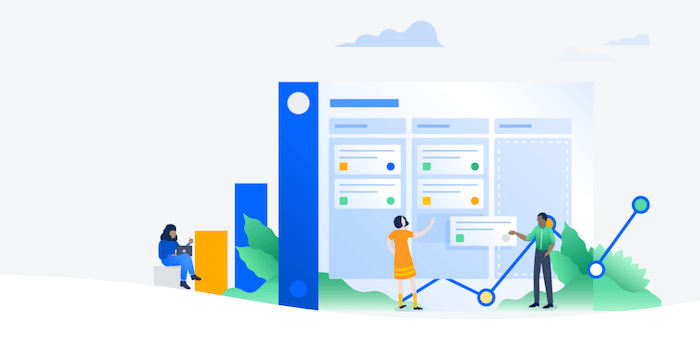 In 2002 the software world looked quite different.

Jira, in reference to Gojira (Japanese for Godzilla), was intended to be a modern alternative to the market leader Bugzilla. Fast forward to 2018: Jira is used by more than 75,000 customers globally, who use JIRA for their entire software development lifecycle.

While all sorts of department and teams use Jira, its core use case is still its issue tracking and ticketing functionality.

And with this article, we show you how to collect feedback from colleagues, and track bugs with Jira more effectively.

Everything’s an issue inside Jira

While, Jira is used nowadays by marketing teams to track their agile marketing planning, as well as by development teams tracking their daily tasks, Jira’s origin is still visible.

Jira does not distinguish between different types of “work“. Everything’s an issue. 🙂 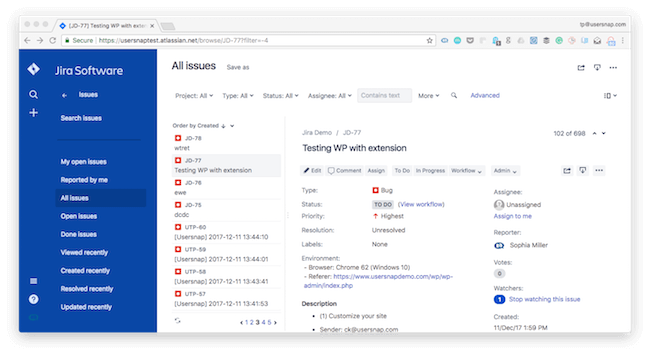 So while every task might be an issue by definition, JIRA distinguishes between various “issue” types. Therefore, tasks, support requests, feedback, and bugs can be categorized along with these types (obviously you can create your own types as well):

Jira recently introduced an all-new Jira experience and we were eager to find out how to collect feedback from colleagues, testers, and users with the new experience. 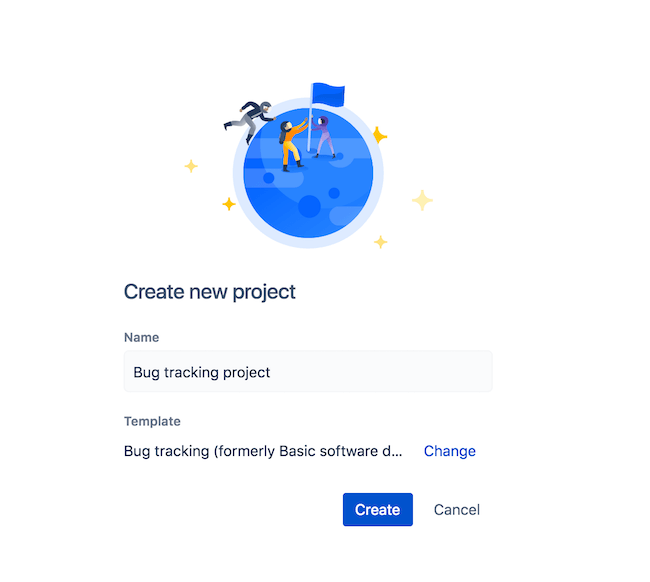 Secondly, we need to choose a template for our new project. As there are important differences between those project types, I’ll quickly go into the details of the most relevant ones:

The Jira bug tracking template is the traditional way to start your project with Jira.

This basic template – originally known as software development template and now called bug tracking template – can be used to manage a list of tasks, feedbacks, and bugs. 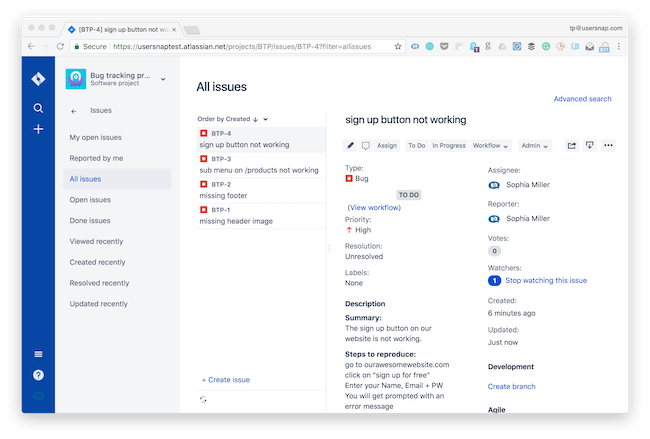 All in all, the bug tracking template works great for most small teams, as it’s easy to set up. The more feedback items and bug reports you’ll receive, the more I’d recommend switching to a Kanban or Agility board of Jira.

Similar to other project management tools, a Jira Kanban board is a collection of tasks, organized in columns. These columns can be renamed and changed in order to fit your team’s working style.

The standard ones include a …

The Kanban board is the best template for mid- to large-sized teams that receive quite a few feedback items and bug reports regularly.

Last but not least, there’s the new agility template. Although it still claims to be “beta”, it feels a bit like a Trello board inside Jira (and since Trello was acquired by Atlassian a while ago, this could be one of the first results of the cross-pollination between the two).

It’s a simple, lightweight way to start your feedback project, as you can easily rearrange columns and issues. 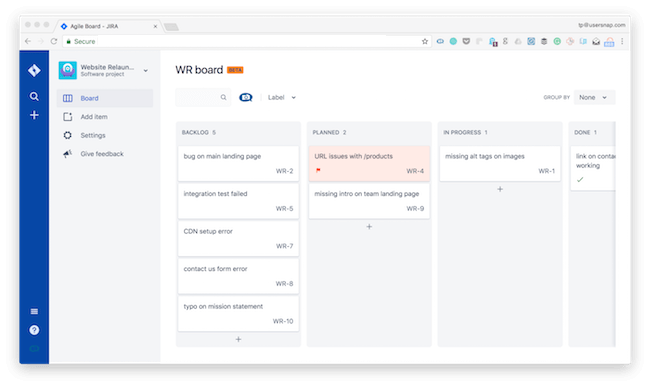 All in all, the Agility board looks like an improved, modern version of the Jira Kanban board. It feels like Atlassian tried to create a Trello-/Kanban-version inside Jira.

As it’s still in beta, I’m not entirely sure if this is a good or a bad thing. Overall, there are definitely some features (such as issue types) missing in the Agility board.

After you chose the best template for your team, it’s now time to think about the feedback process itself. How should your colleagues leave feedback and report bugs?

When using Jira you’ve got two options to create a new issue (= leave the feedback):

The obvious way to collect feedback and bug reports is through Jira itself. Creating an issue inside Jira is pretty straightforward.

First of all, you need to make sure that you’re on the right Jira project. Then watch out for the “create an issue” link in your project.

When collecting feedback from colleagues, testers or users, you should request the following information (besides the one shown above):

Creating a new issue inside Jira is pretty easy and straightforward. No additional setup or addon is required. On the other hand, the reporter must conduct research and provide a detailed description to make the issue understandable. For developers working on various issues, it might be hard to reproduce written feedback/bug reports. Last but not least, many teams end up following up with the reporter to fully comprehend a new issue.

While this is the standard way of creating new issues, it might not be the best way to leave feedback and bug reports, especially when working on a frontend development for a website or application.

2) Collect feedback & bugs on your site/app

Sometimes feedback is really hard to describe. Or maybe the detected bug is so complex to describe that it takes quite some effort and time to leave feedback or file a bug report.

At this point, you should think about different ways to collect feedback and bugs.

With the website widget from Usersnap – for example – you can collect feedback and bug reports directly on the site or app which needs to be tested.

When collecting issues and feedback on your site, you can set up a super-efficient way to get feedback from colleagues and your users.

With annotated screenshots, your team can fully understand the feedback it receives and automatically added information (such as browser version and screen resolution) help developers reproduce the bug faster.

As you probably get all different kinds of feedback which must be sent to the correct person in charge, you might want to take a closer look at Jira workflows.

Workflows allow you to funnel the right feedback to the right teams. For example, general feedback should be sent to your customer team, while a bug report should directly go to your developers.

The following statuses could make sense for your feedback project:

Transitions define the relationship between those statuses.

A transition enables an issue to move from one status to another. An issue can therefore only move between two statuses when a transition exists.

It’s worth to note, that a transition is only a one-way link, as an issue cannot move forth and back between two statuses. This would require two transitions.

Keeping track of your feedback efforts with Jira is easy. While an easy-to-use widget like Usersnap helps you to collect great feedback, JIRA offers you a variety of reporting possibilities.

Personally, I’ve found the created vs resolved issues report pretty helpful. This report compares the created ticket with the resolved ones in order to display a trend on how the tickets are progressing.

All in all, Atlassian managed to successfully update not only the frontend of Jira itself but the whole experience when using it. In combination with a feedback widget – like Usersnap – you’re definitely ready for a great Jira experience.

In order to start with Jira, make sure to connect your Jira project with Usersnap. Used by small to large companies, like Microsoft, Hawaiian Airlines, and others, it helps you manage your feedback projects more effectively.