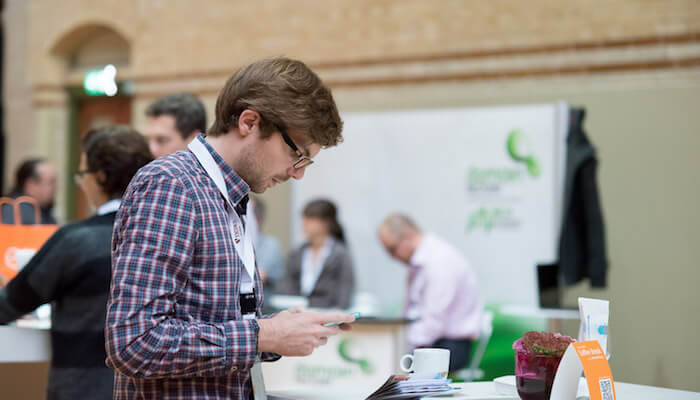 My journey with Usersnap started about a year ago, on November 3rd 2014.

At that point, I’ve already gained some experience as a project manager in a digital agency and a media company. So I was already working on fast-moving projects beforehand. However, the last 12 months have been an incredible journey with a lot of new learnings and insights into the world of SaaS startups.

This is why I thought it would be fun to share with you some of the best lessons I’ve learned as a non-developer in a super fast-growing SaaS-startup.

Me, a web developer?

Before we get started, I have to tell you something. I’m not a developer, nor would I ever call myself a programmer. This is definitely not what I do.

What I do at Usersnap? I help Usersnap grow. This means putting a lot of effort and resources into content, helping customers get on board, and keeping our community of web developers & designers happy.

So here are my biggest lessons learned after one year in web development.

Web development is not about programming.

Okay. At least it’s not 100% about programming. In the last 6 months, I have interviewed about 30 developers and CTOs for our interview site bugtrackers.io. And I can say that about half of them have admitted that being a great developer mostly means being a great communicator.

Having great frontend or backend skills is one thing. But being able to communicate and work together as a team really pushes a company forward.

Although there’s always room for improvement, I’m proud to say that we, as a company, have found an efficient way of building products and doing things that matter.

Visual bug tracking is a thing.

As someone who’s been working on web projects for a couple of years now, I’ve always considered bug tracking as the least fun part of every web project. And I’m guessing I am not alone in that opinion.

Luckily, there are companies like Usersnap around which are re-thinking the way we communicate within project teams when it comes to collecting feedback & tracking bugs.

Visual elements (such as screenshots or emojis) help us make bug tracking fun again. Or at least way more efficient. I could not imagine going back to the old way of bug tracking, ever again.

As frontend developers, you all live for HTML & CSS. Web development for scalable SaaS products requires you to have a more holistic approach to doing things in web development.

Together with Josef and Robert, I worked on how to build a scalable, cloud-based SaaS business for example. And this has allowed me to see the bigger picture when it comes to building great SaaS products.

There are a lot of ongoing trends in web development. And I think the role of DevOps is one of those that is becoming more and more relevant in SaaS businesses.

In a modern SaaS business, it’s all about staying flexible and secure and having a lean architecture. There is no need to operate a whole bunch of servers. It’s all about selecting and building blocks in the cloud that match your requirements.

Growth is all about doing things.

Sometimes people ask me how I am able to produce all those web development content although I’m not a developer.

I’m not a web developer, as mentioned before. But I’m eager to learn and I’m a deep diver. So if there’s a new topic around, I’m always eager to dive deep and learn all I need to know about new frameworks, technologies or libraries.

The easiest way to learn about new frontend or backend technologies is to play around with them, for example, with certain side projects.

Learn how to code.

Admittedly, I haven’t started yet. But I’ll try. The last year gave me an immense boost in self-confidence to start learning how to code.

Or as Thomas Schranz, CEO of Blossom would state it:

I would recommend to anyone, literally anyone, in any age to group to at least just start programming.

Since there are so many great resources out there on how to get started with programming, it has never been easier learning how to code.

And where’s the fun part?

From my point of view, all the mentioned learnings have been a joy to experience. It’s crazy to see how we’ve moved forward and grown into a company that successfully re-thinks the way teams communicate.

And yes, of course there’s been some crazy things that have happened as well. Here’s my very own best of:

So the last year has been an awesome ride and I can’t wait to see new things happening in 2016.

This article was brought to you by Usersnap – a visual bug tracking and feedback tool for every web project.