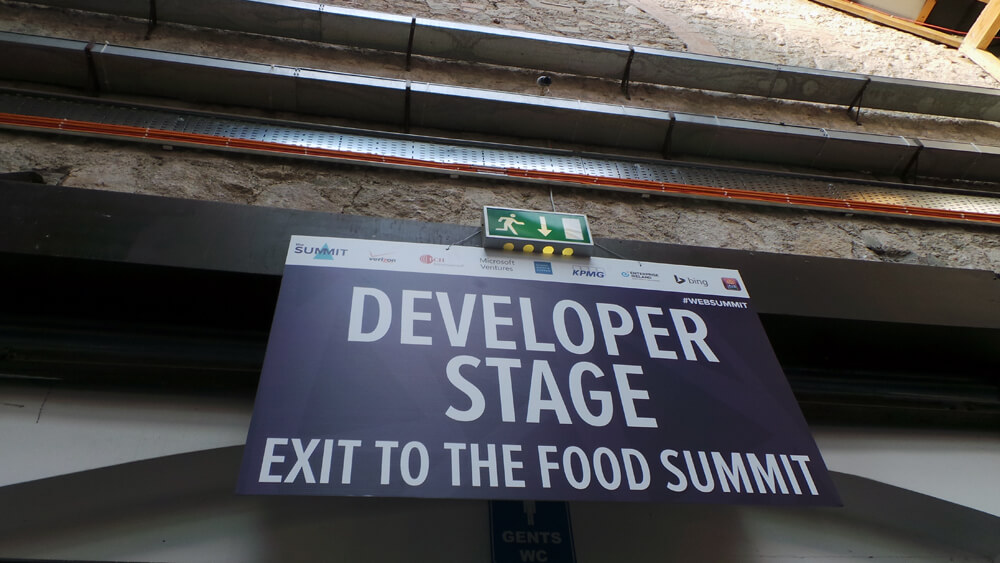 With a 7 track conference it can be fairly hard to choose the ‘right’ talks. After an exhausting exhibition day on Wednesday, I really needed some peace and quiet. Coincidentally the Developer Stage was situated in a bat cave kinda tent. A recap from my Day 2 at the Web Summit (thank you Usersnap, for bringing me along!:

In Practicing Failure: Gamedays on the Obama Campaign, Dylan Richard explained how he got his team (40 technical people) ready for the event if technology fails. Some semantics; the 2012 re-election IT team worked 7 days a week, 12 hours a day, owned 300 repo’s, used 300 servers and catered to 1 million volunteers and 8000 staff members.

“Technology does not win an election, but you can lose because of it.” Dylan figured he needed to learn to deal with failure. “Looking at a community app, if everything falls apart but users can still communicate, you’re probably doing alright.” Suggesting that you might not know what matters, Dylan recommends talking with your stakeholders and ‘do less things, better’.

“Technology will fail (hurricanes hit, and so do hackers), you need to learn how to deal with that.” To that end, Dylan introduced gameday. His team got 2 weeks to change the code they wrote previously, to make it more bullet-proof. Then they got 2 days for final preparation, and 1 menu of fail. His team knew what was going to hit them, they just had no idea in what order it would hit them. “Failure has no script, we realized we need a disaster plan pret-ty fast.”
“We found a lot of broken things we thought we had fixed, we learned how failure really looks like and we were able to make a instruction manual.”

Talking Adapting to the Cloud at the BBC, Gary O’Connor told how the BBC has agreed to full scale cloud migration, and established a continuous delivery program after several pilot projects (like moving from Flash to HTML5 for CBeebies).
Using nginx, Play and Scala, the are after a clear separation of concerns, using lightweight frameworks.
Funnily enough the BBC development team had no real Scala experience, except for this one guy. Through classroom style courses and code reviews, the BBC hopes to educate polyglot developers with T-shaped skill sets, able to ‘find the right tool for the right job’.
using nodejs, AWS, fluentd (with native json support) and couchDB for their data pipeline. figuring out the common queries

The BBC is exploring Erlang and O’Conner talked us though the decision to chose CouchDB over MongoDB (heavier volume of writes doesn’t suit Mongo, it requires higher maintenance and performance tuning seemed more difficult).

The BBC dev team is decoupling events and chaines, let smaller components handle single purposes, and iterate based on metrics. They do OSS too.

Funny one-liner? “I think of DevOps as being agile SysAdmin’ing.” 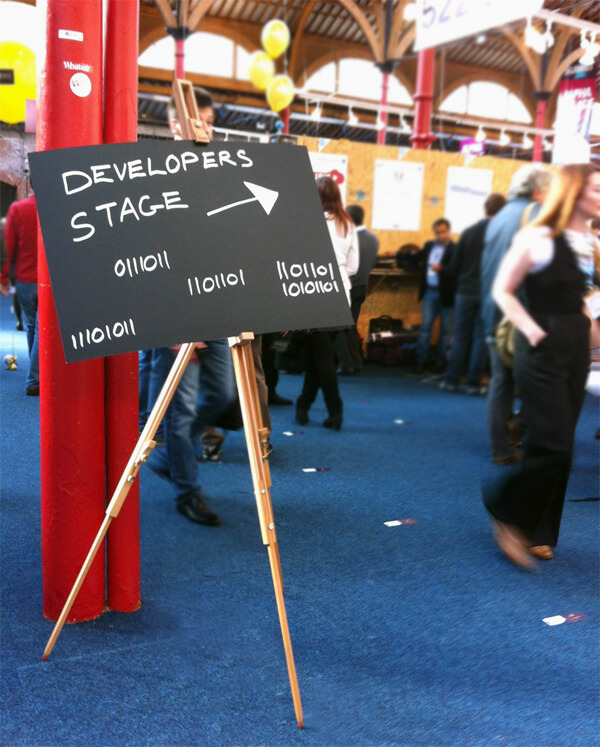 CEO is the new CTO

Nick Halstead believes that programmers can make great CEO’s. “They have a vision on technology and where it should move, right? And they tend to pay great attention to detail.”

The transition from being a programmer to being responsible for more stuff you’re not necessarily and expert in, is scary, Nick admits. “You’ll need to learn to tell a story. Angel investors bet on a person for business success.”

Programmers do biz-dev, Nick claims. “They are very much technical needs focused, when doing business.” And they’re traditionally good with spreadsheets. “Although we hate Excel, we can do a lot with data, right?”
And you’ll need it, for business development, investment, revenue projection… You’ll need to be able to make intelligent assumptions and represent business data.

In Why Semantic Web, Open and Linked Data Will Take Over The World, John O’Donovan (The Financial Times) advocated the love a developer should foster for metadata. “Search understand words, but is doesn’t understand the meaning of those words.” O’Donovan thinks it’s important to think about how computers talk to each-other.

“Outside of the context of a piece of XML, id numbers are meaningless pieces of data. We didn’t bother to teach our computers what anything meant. We forgot about the ‘kinked information’ bit.” Computers have no knowledge of the bigger picture, of connections. Content is worthless without metadata.

O’Donovan went on to claim that tagging is impossible, as there’s no objective. “Whatever you think is valuable, might not be valuable for other people. Metadata is controlled in the wrong structures, forcing real world data into non-real structures. We’re building up data debt.”

Des Traynor (Intercom) talked about Designing Dashboards: From Data to Insights. I particularly appreciated his take on data visualization: “Don’t make graphs with the sole purpose of posting them on Dribbble.”

Sam Lessin (Facebook) explored ‘the social system to survive and thrive’ in his Identity & 2030 session. Our senses and memory, ability to abstract and communicate over time and space and ability to trust and trade made sure we survived until now.

Technology makes stuff and moves stuff. Like atoms. And bits. Which is information, and access to that helps us make better decisions and thus elevates our happiness. “We see a lot of social hacks in the grey zone between moving atoms and moving bits.” But what happens when the bits catch up, like they do now? Sam: “Today’s super powers are infinite memory, instant free communication and tons of processing power.”

What will happen, according to Sam:

Concluding his talk: “Identity isn’t changing, but technology is. Our social hacks are changing fast and the next 30 years are going to be very exciting.”

Adam Cheyer claimed in The Artificial Intelligence Behind Siri that the VPA is more of a platform for interaction than a product in its final stage. Adam’s interest for AI was sparked by a 1987 Apple video featuring a digital assistant behind a touch screen. “I figured back in 2008 that we had a lot of the needed components, and we would just need to put them together.”

Working on CALO (a government effort) certainly attributed to the brilliance of Siri. Adam: “Each technology component is complex, even if it’s a ‘simple sentence’ like book a 4 star restaurant in Boston. And the component technologies are interdependent.”

Just think about the natural language matching challenge, and the relationships between otherwise maybe competing domains… Crazy right? But I guess Adam is a little crazy. And ‘very excited to see where other developers will take similar technologies’.