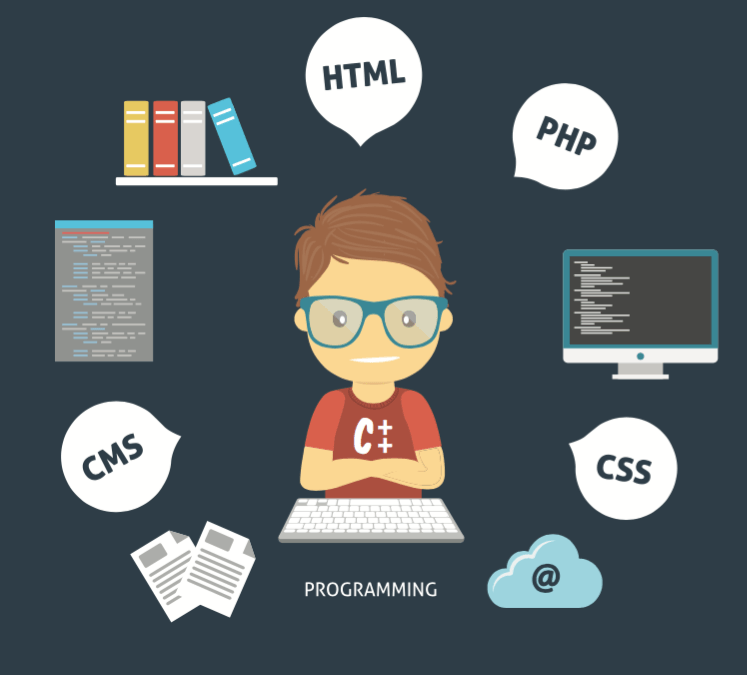 You have a question. Quora might have the answer.

We are always interested in what other professionals are thinking about web development ideas. To get some more insight, we took a look at some of the most interesting web development questions people have asked on Quora.

There are thousands of questions and answers to explore on Quora. Here are 10 to get you started!

1. What are 5 essential skills every web developer should have?

Everyone wants to hire the best talent these days, but what are in fact some essential skills web developers should have? Here are 5 popular answers we found at Quora:

Ellyse Taylor, Web Developer at Cygnis Media, focused on skills in the areas of Interface and User Experience, Security, Performance, SEO and Technology. Her actual list includes a tad over 5 skills, but there is a lot of interesting advice and tons of great links in there.

Michael Greer, digital strategist and ex-CTO of The Onion, came up with 3 rather interesting skills:

Refuses to do anything twice: writes a script or algorithm for it.

Thinks to test, worries over load and code impact

Ania Banaszek, former developer at Netguru, stressed that you should be egoless, able to work well in a team and always looking to learn and improve your skills. She also gave the advice to be a “T-shaped person” who  specializes in one narrow field but has a general understanding of a broader range of technologies, as well as a go-to person that can solve any problem or know where to go to find the answer.

Definitely some useful advice here, and a great resource for everyone looking to learn more about web development.

2. In a nutshell, why do a lot of developers dislike Agile?

Agile seems to be the holy grail in web development and in tech companies around the world. However, many developers are critical of Agile. The question is, why is this the case? And are there better project management paradigms alternatives?

Software developer Richard Waters thinks that the problem has to do with bad management that fails to apply Agile correctly. For instance, specifications and design documents might not be provided up front, which can lead to big problems when using Agile. He goes on to give a very detailed example of how Agile can be used correctly and how common pitfalls can be avoided.

Other users do see some actual problems with Agile. Software engineer Michael Daconta for instance thinks that Agile went too far away from Waterfall and lists a number of problems he sees with this approach. According to Michael, “pair programming is overkill for 80% of programming tasks”, “giving short-shrift to requirements analysis, architecture and design is short-sighted” and “test-driven development relies too heavily on unit testing”.

There are clearly different views on Agile but most answers agree that in the majority of cases, misapplication of the methodology is the biggest reason it fails to provide the desired results.

Many people perceive PHP as a complex programming language due to its high versatility. But is it actually more complex or harder to learn than other languages?

According to Dale Leung, a web developer from Singapore, PHP is only more complex when used in the wrong context. He uses the example of “Hello World” to show the differences of Assembly, C++ and PHP (plus a funny example from the Big Bang Theory). He states that “each language is least complex and makes better applications if used in the right context.” and goes on to show the best applications for each of the languages.

Other users answer along the same lines. Colin Foster, web developer with background in C++, for example says that “PHP is actually simple. But it does have enormous variety; a ready-made tool for all the most common things you want to do in web development.”

4. Is there really a developer shortage?

Many people who are thinking about getting into web development are wondering about this question. Most answers from Quora users say that it’s a matter of perspective.

Other users see things the same way, stating that there aren’t enough highly-qualified developers willing to meet demands of many employers. On the other hand, many of them see an oversupply of inexperienced or overambitious developers out there who are all fighting for the really desirable jobs.

5. Are too many people becoming programmers?

Along the same lines of the last question, many aspiring web developers are wondering if too many people are getting into the business and if they will wind up in an overly competitive field.

The unified answer from Quora users is no. Joel Rivera, Founder at PixemWeb states that he is teaching his kids how to code from a young age. He argues that with technology advancing into every aspect of our lives, the demand for coders will keep growing and growing. Because reaching an elite level in any field takes so long, he is convinced that you can never be too young to pick up coding.

Almost every other answer in the thread reaches the same conclusion: programmers are in high demand and that is not about to change anytime soon.

6. How do I become a better front end developer?

Many junior developers (as well as experienced professionals) are trying to improve their coding skills. In an industry as fast-changing as ours, there is no time to stay still. You have to keep learning and improving constantly to keep up with the game. So what are some tips from Quora users on how you can become a better front end developer?

Shaun O’Connell, front end developer and interaction designer, came up with a number of useful tips on how to work more efficiently. These include using the right editor for the appropriate programming language, using plugins to save time and using the right stack for the job. Other things to improve efficiency include learning how to type faster and using keyboard shortcuts, as well as having a good plan in place before you start work on a project.

Web designer Oliver Dodson created a great list of tips as well, which covers everything from planning your projects and being more proactive to being curious about new tools or plugins and investing time in improving your skills. He also advices people to neither saying yes to everything (like unreasonable demands from clients or bosses) nor no to everything (keeping an open mind to learn from every project you work on). Finally, he advocates finding a mentor to learn from and staying active physically and maintaining a healthy lifestyle to improve productivity and quality of life.

After the rocket-like ascent of Node.js, many people are wondering if it was all just a big hype and if things are slowing down for the platform already. This question should elicit some interesting answers, so let’s have a look at what the Quora community thinks about the future of Node.js.

Alexandre Morgaut, CommonJS WG member, does not see a decline of Node.js taking place in the near future. Instead, he argues that a change is occurring that is more like a new beginning than a decline. With the formation of the Node.js Foundation, which already has companies like IBM, Microsoft and Google in its corner, he sees a bright future for Node.js, and for JavaScript itself too for that matter. He backs this up by highlighting developments in Node.js jobs, which have always gone up after experiencing a small decline.

Web developer David MacDonald sees things a bit different and believes that the initial hype is in fact over. He argues that as people realize that “the non-blocking single threaded nature of Node is only part of the solution to its proclaimed scalability in many scenarios”, the peak of Node might have been reached already. He goes on to show some problems with the graphs proclaiming high growth rates for Node.js jobs and backs this up with the fact that Node.js is not in the top 10 of job trends for development platforms. While not slamming Node in any way, he does reach the conclusion that “people should be careful not to fall for the over-hype that surrounds Node.js”.

This often-asked question actually features our very own Thomas Peham as the most popular answer. If you haven’t read our post about the Best Web Development Trends For 2017 and you’re curious about this topic, make sure to check it out today. If you’re too busy to read the whole thing, here are the Cliff notes:

For 2017, Thomas sees AI playing a major role in the creation of websites. Already used by companies like Google and Wikipedia, it might be time for you to look into using some artificial help for your own projects. Another trend in website creation might be static site generators as they offer great advantages in terms of loading times and security. The role of bots and conversational UI is another trend Thomas sees for 2017, as is the ongoing popularity of Javascript as well as Motion UI.

9. What is the new language to replace PHP?

The belief that PHP is slowly being replaced by other languages is certainly shared by a lot of people. Let’s find out what some of the users on Quora think about this idea.

Web developer George Mauer argues that it doesn’t make a lot of sense to talk about a programming language dying out. While some people may believe that PHP is declining, other see the same happening to Java, C# or SQL. At the end of the day, he explains, even if a programming language were to decline, it would be an incredibly slow development. He states the example that Facebook is using PHP, and while it may not have been the best choice, it is far from the worst choice as well.

Lead developer and author Geoffrey Bans thinks that the belief that PHP is dying is not nearly as popular as some might think. He also states the fact that Facebook is using PHP and that they kind of know what they’re doing. In addition, he shows that PHP is still by far the most popular server-side programming language and lists a number of significant advantages of PHP.

10. What are long-term pros and cons of being a front-end web developer for a living?

A very interesting question that many aspiring developers have asked themselves at some point. Here are some answers from the Quora community:

Freelance web developer Aladin Bensassi has some interesting pros and cons in his list. Besides the obvious advantages of good pay and a multitude of job opportunities, he cites the fulfilling nature of the job as well as the helpful community as some of the biggest pros. As cons, he argues that the work can take over your life and it can be hard to switch to leisure time without trying to solve additional problems from home. He also lists the sometimes unhealthy lifestyle as a con, just like the fact that “everyone in your family wants you to fix their printer”.

Juho Vepsäläinen, author of SurviveJS – Webpack and React, lists the fact that you’re always learning as one of the biggest pros, just like the decent pay and varied nature of the job. He also list the point that it’s an indoor job as a pro, which can be explained by the fact that he lives and works in Finland. Interestingly, his biggest pro is also his biggest con: the fact that “you always have something new to learn”. In addition, he sees the danger of potential hair loss in connection with CSS and browser quirks and also states that developing might lead to an unhealthy and stressful lifestyle, although he admits that both can be mitigated.