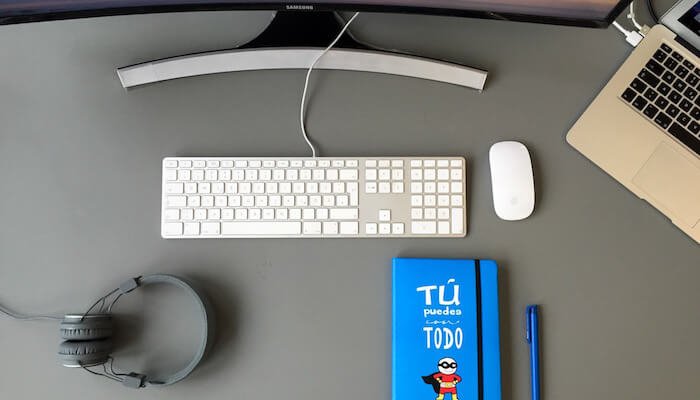 I had a strange epiphany the other day when I was discussing Web design and feedback tools with a friend who just happens to be an excellent designer and has run his own agency for years. I had always thought I knew what he did for a living, but when we began to walk through the design process, and how he spent his day, I realized I knew next to nothing. The discussion started off with some verbiage about Web governance, requirements analysis, blah blah blah, and then I asked, point blank:

‘No, I really just want to know what you do all day. Really, minute-by-minute, what does your job look like?’

“Then the IMs and emails begin…”

‘Well, once the planning part is done, I build assets in Photoshop. Put together wire-frames, write a little Flash. On bigger projects I’ll have a UX specialist, probably even a typographer [this is apparently really important these days], maybe a front-end developer with some CSS and JavaScript chops, and then we’ll have a developer or two who actually writes the code, and often a back-end guy. Most recently, the developers and IT ops teams who actually deploy the new site were in Bangalore. We build the assets, and distribute them to the team. We get on Skype and talk about it. The developers incorporate it into the website. Then the IMs and emails begin…’

Collecting feedback in a distributed team

He went on to describe the long, and often hidden, process once the design is done, and before the site goes live.

‘Honestly, it’s a pain. We usually use IM and email for collecting feedback and fine tuning.
We can go back and forth for ages, and it sometimes takes nearly as long as the original design itself:  “this button is 1-pixel too wide”, “it’s still not rendering in Firefox”, “No, use the other font. I’ve attached it to the email”.’ It’s kind of tedious, but I don’t know a better way of sharing feedback. We can screen-share. We can IM. But there isn’t an easy way around explaining, step-by-step, often via email precisely what needs to be changed.’

He talked just as passionately, and in great detail, about the small difficulties encountered in polishing and informal QA, as he did about the formal design process. Was this something that every Web development organization encountered? I talked to other friends, senior designers at places like eBay and Groupon. It was pretty much the same story.

‘Yeah, we have tried some feedback tools.  We would subscribe to a service that converted the Web page to a PNG, and then we would mark it up and run that through another service to create a .pdf. It didn’t quite do what we needed, but it was cheap.’

Collecting feedback on your web Design

Being the one responsible for business development at Usersnap, naturally I began to ask them what sort of service, or features would help. The outpouring was like hearing someone speak to a therapist for the first time, after decades of relentless trauma:

‘I would LOVE to have a quality screencap with markup and a pixel ruler!’

‘I want to see how it renders in all browser versions, and I want DOM information, like font types, HTML color codes, and to be able to annotate and add post-it comments.’

‘I’d like to see numbered priority tags for fixes in the markup.’

‘I want to attach files to the screen-cap, like, that .jpeg is wrong, use this one attached, and put it right where the arrow is.’

I was shocked at the urgency and consistency of the requests from designers who had been toiling in quiet frustration with remote development teams for years. But I’m convinced Usersnap can help. Our road map in the coming months is packed with features for Web development teams, and we welcome your continued feedback! Life (viz. Web design projects) is about to get a lot easier!