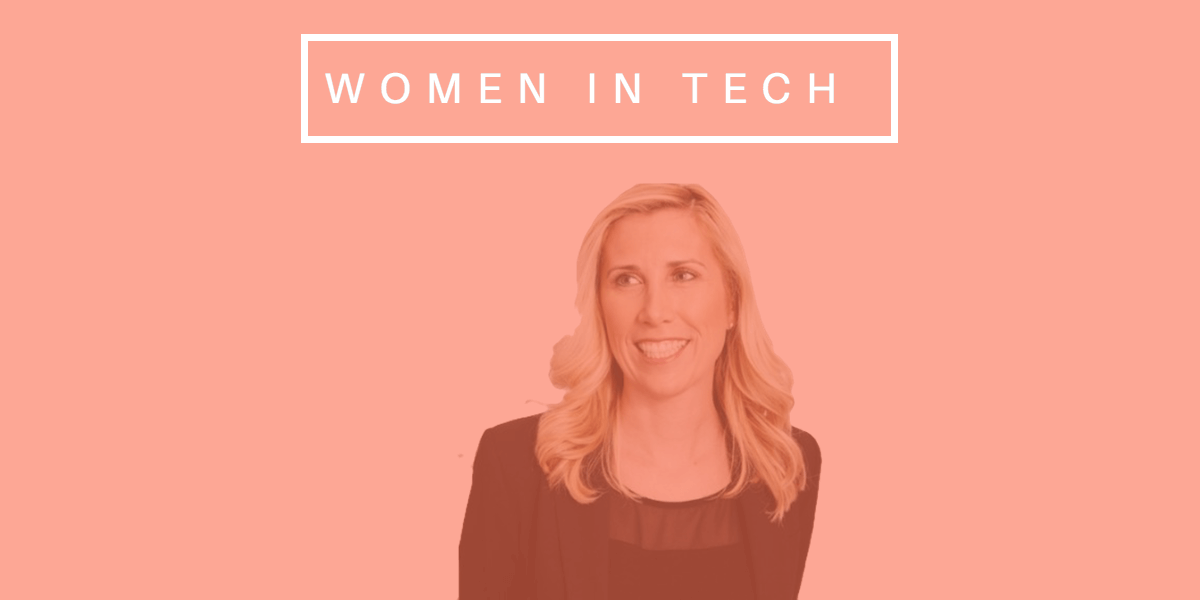 I was able to sit down with Meagen Eisenberg, CMO at MongoDB to talk about new ideas in SaaS Marketing, her career path, and how being a mom has made her better at her job as a CMO.

You have worked in leadership positions at ArcSight (acquired by HP), DocuSign and are now CMO at MongoDB. Can you talk us through your career trajectory and how you got to the point where you are today?

When I was going to college, my Dad said I could be and do anything I wanted, as long as it was in the Sciences. So I thought  “Okay, I’m going to get an engineering degree.”

Back then, the internet was becoming more mainstream, and I was excited to learn about creating web pages, having an email account, and communicating via text messages. The technology I was surrounded with was fascinating, and I wanted to understand it better. The most logical and exciting thing to study was Computer Science.

I graduated with a degree in MIS at Cal Poly – San Luis Obispo and a minor in CSC. When I graduated, it was a good time for MIS/CSC degrees, and I had eight offers, including offers from the Big Four consulting firms Deloitte, PWC, Andersen Consulting, and Ernst & Young. The others from Arthur Andersen, Chevron, Applied Materials and Cisco Systems.

I decided to join Cisco in their manufacturing IT department, where I stayed for three years. I took an educational leave of absence while at Cisco and went back to school, to get an MBA from the Yale School of Management. My focus was on strategy and marketing. After I graduated, I joined the Trigo Technologies team that had been newly acquired by IBM, which also had a marketing leadership development program (MLDP).

After IBM, I worked at various software and SaaS companies in product marketing and demand generation leadership roles. Having a strong tech background influenced my work in marketing for software companies on a grand scale: In marketing, you have to understand the buyer, the technology, what is leading to conversions and driving business. My MIS/CSC background allowed me to be comfortable with tech and pulling insights from data, reports, dashboards, and measuring what was working. I was able to make better decisions and lead the teams more effectively.

A little over two years ago, I was excited about the opportunity to join MongoDB as their CMO, where I am now.

What’s up for MongoDB?

It’s fascinating to see the different apps that people are building on MongoDB. It’s amazing what you can do now that wasn’t possible even a decade ago because there wasn’t an iPhone with apps, or a database that could scale with the dramatic shift in volume, velocity, and variety of data being created. The value of data is increasing massively, and the developer has become a strategic part of every business working to access and leverage that data for consumers.  MongoDB wants to help developers be as productive as possible and bring their giant ideas to life.

And to further that goal, about a year ago, we launched our Atlas product. MongoDB Atlas is a database-as-a-service product that allows developers and companies to deploy, operate, and scale their MongoDB database in the cloud. It’s a fast-growing part of our business.

What are some new ideas in SaaS marketing that you’re seeing?

More than ever, the consumer expects to have a great experience. An experience that is both simple and frictionless.

One thing, I think every company in the future will be expected to have a freemium and/or open source offering. People want to test drive a product, run a proof of concept or just plain explore before they buy. That experience is going to be important. Consumers are empowering themselves by demanding access to a technology they want to use, and one that solves problems within their business groups. It’s obvious that they don’t want to go through a long, cumbersome process to acquire technology, rely on IT to implement it or take more than a second to learn how to use it.

A freemium and/or open source model can accelerate awareness, reach, and adoption, leading to the opportunity to monetize in the future from users that convert to customers.

You are not only CMO you are also a mom to three daughters. How has being a mom made you better at your job as a CMO?

Moms are the most productive beings on the planet. We’re very focused, and we need to make fast, accurate decisions because we can’t afford to waste time. I want to start my day early, be productive, drive results and leave to have dinner with my kids.

My girls keep me in touch with reality and the world. They’re very blunt, full of curiosity, and they just tell you what they think, which is fun and refreshing. Having kids also gives you that balance in life that you need – it puts everything into perspective.

I also feel fortunate to have entered tech at the right time as a parent. As a mom of three kids, I don’t think I could manage what I do today without the kind of technology that is available to us now – Google calendar, Urbansitter, DocuSign, Doordash, Accompany, FuelPanda and more. Tech allows me to manage child care, coordinate with my husband, outsource tasks, and schedule life for my three daughters, who are seven, six, and two years old. For me personally, all of this technology came together at the right time.

Having three daughters, you can’t but think about the future and their career paths. My goal is to get them excited about tech, and curious, and for them to have a love for technology.

We have signed them up for chess, lego robotics, arts / makerspace and lots of sports. It doesn’t sound very techy, but building confidence and having the experience to be on a sports team is crucial. Sports can help build a really valuable skill set that allows you to team, lead, make your voice heard, live healthy and to get stronger.

I also try to let my kids get bored. I want them to have that time in which they get to tinker with something on their own. I believe having time to build things and to use your imagination is essential from very early on.