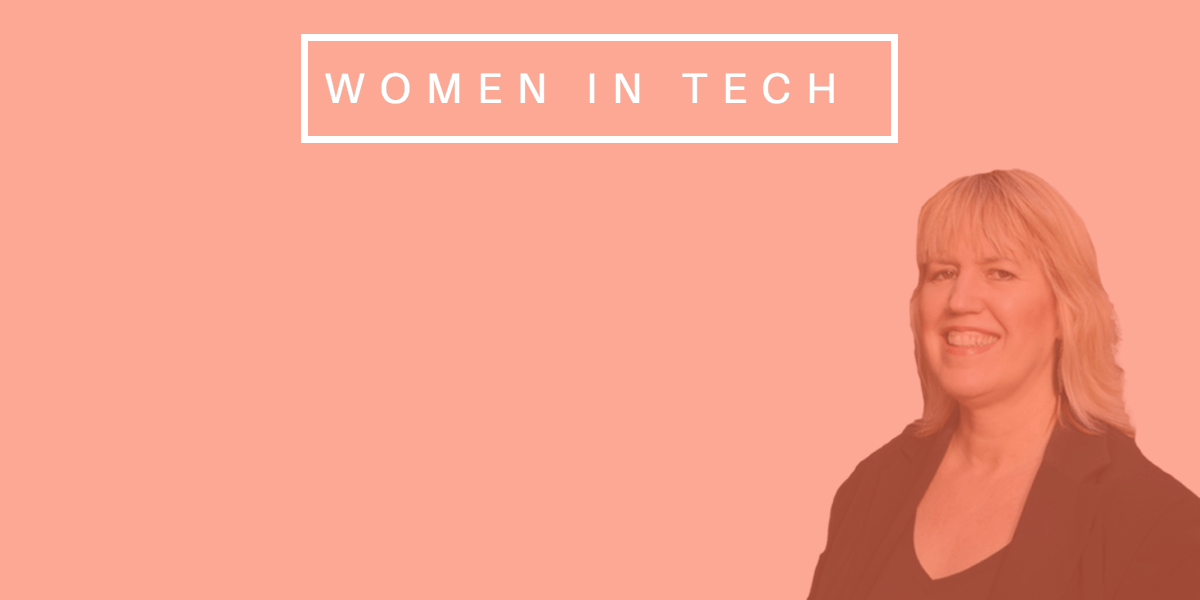 I was able to sit down with Wendy Pfeiffer, CIO at Nutanix, to talk about life in tech in the 80s and early 90s, her career path, and how being a woman has influenced her career.

You worked in technology leadership positions at Yahoo!, Robert Half, GoPro and are now CIO at Nutanix. How did you get where you are today?

In the beginning, my career wasn’t as straightforward as it might appear in retrospect. It took me over eight years to get a bachelor’s degree because I couldn’t quite figure out what I wanted to do. I was almost going through the course catalog alphabetically, starting with Accounting and then to Astrophysics. After that to Journalism, and ultimately to Business Administration with a focus on Financial Accounting.

But along the way, I started working for tech companies, and I learned a lot about what I wanted to do with my life. Particularly, when I was working at Cisco Systems, I got to develop something called Cisco Connection Online, which was the first example of a fully online business model. For the first time, it allowed the customer to interact with the information systems in the back end, and to configure it – taking out the middleman. That was a completely new idea back then, and it changed the course of my career. Even more than that, it changed the course of e-commerce and how we buy things today.

What was great about tech in the early days was that tech companies needed everything. If you had good ideas if you knew something about the process you could just roll up your sleeves, dive right in and make a contribution.

When I was at Cisco, I got to work for a group called Customer Advocacy. It was a group where we would ask our customers about their buying experience, and we would get feedback from them, which we then turned into features and functions. In the early 90s, this was a revolutionary thing.

There wasn’t a degree program for what I was doing or any particular technical discipline. There weren’t even tried and true operational processes for things of that scale. Inventing myself has always been the hallmark of my career progression.

When I was in high school, I was selected to work at NASA Ames Research Center, on a project called CDTI, Cockpit Display of Traffic Information. I was able to work on a large scale network for the first time. It was exciting!

By the end of the program, I was a lot less interested in the science project that I was working on and a lot more interested in the computers and the networks and some of the tools and languages that we were using. At that time, I wasn’t sure what I could do with that as a career because everything was so new in the tech world. But I knew that I wanted to pursue these newly won interests. And from there I started my journey.

What do you enjoy most about your job at Nutanix?

In many ways, coming to Nutanix is the convergence of all of the tech worlds I have been part of in my career. It’s a place where I can use my experience in the extreme infrastructure sport that I engaged in at Exodus and at Yahoo!, plus the extreme interconnectedness and disintermediation that I built at Cisco and GoPro.

Most of all, I enjoy working with the people here. A lot of them are Millennials, and they are coming to this world of IT without the heaviness and the experience of the past. Helping to build these people into a world class team is extremely compelling!

How has being a woman influenced your career?

I have always been aware that, as a female, I have a different way of being, acting and interacting and processing incoming information than my male peers.

Not all men or women are alike, but in general, women tend to have an ability to be more multifaceted. We can wear many hats at the same time. We can process information on many levels. Right now, I’m having this conversation with you, and I feel that I’m fully engaged in this conversation, but also today is my ten-year-old daughter’s birthday. She received a mobile phone for her birthday, she has just learned how to text and she’s texting me during our conversation. I think the ability to be multifaceted, to be present in multiple thought-patterns at the same time is a female superpower, which I’m bringing to the corporate boardroom and to the world.