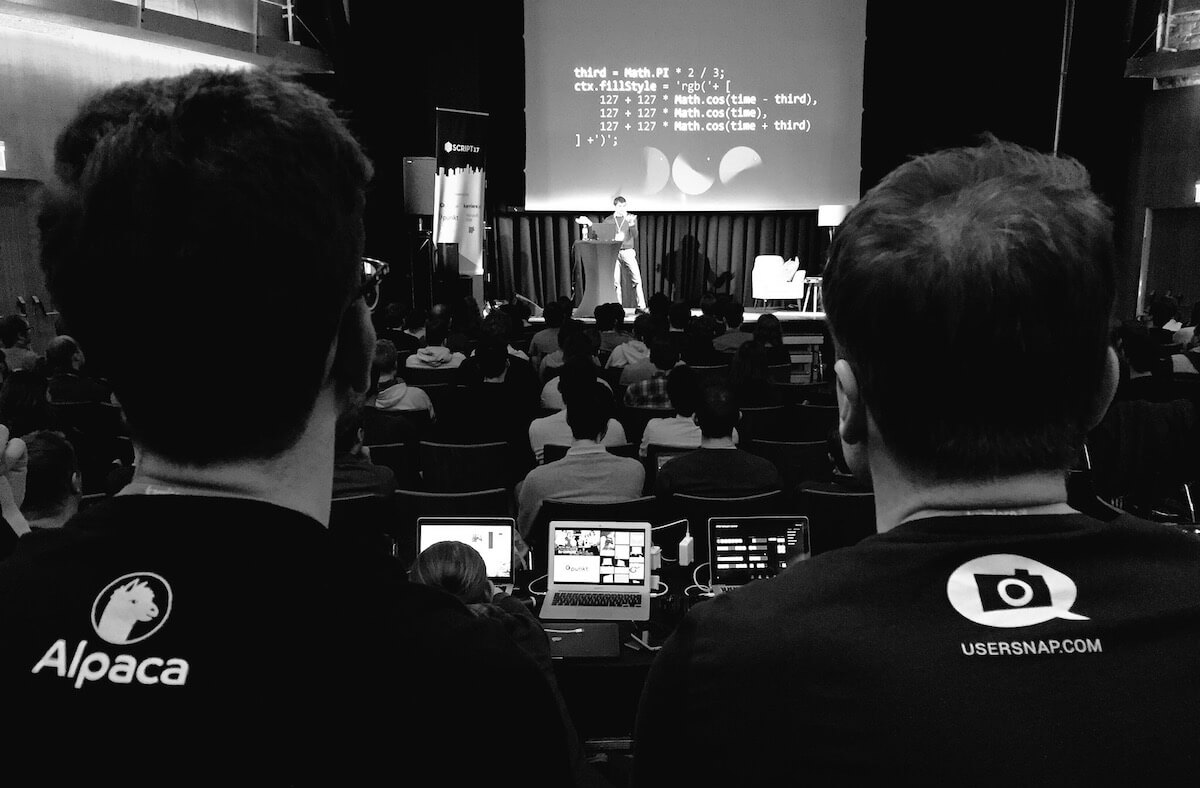 Last Friday, we had the great pleasure to visit Scriptconf, a one-day JavaScript conference, in Linz. And it wasn’t just for fun. We learned a lot too. Scriptconf managed to bring some of the best JavaScript advocates to Linz.

All in all, we can’t wait for Scriptconf 2018. But beforehand, let’s take a look back at the first ScriptConf.

The Scriptconf (also known as Script17) was hosted and organized by Stefan Baumgartner and Sebastian Gierlinger. And it’s pretty impressive what they achieved.

The Script17 took place at Central Linz. Originally this was one one of the first cinemas in Linz, whereas it has become a great location for events nowadays. Besides that, the location carries some historic weight.

As pointed out by Sebastian, the Central has been the place where the Austrian civil war started in 1934.

But back to the present.

The Scriptconf opened its doors at 12 pm, which allowed most people to finish up their work just before the weekend and head to this conference with a clear and open mind.

JavaScript is a buffet, not the enemy by Chris Heilmann

At 1 pm Chris Heilmann kicked off the conference with his great talk: “JavaScript is a buffet, not your enemy”.

Chris CV is pretty impressive. While working at Yahoo he built Yahoo Answers, Search, and Maps. During his time at Mozilla, he was working on HTML5 support and Firefox OS. Nowadays, Chris is part of the Microsoft Edge team and responsible for developer outreach.

In his talk, he gave some great advice on how to calm down when arguing about JavaScript. In today’s world, there’s a lot of discussions around which framework to use for which use case. Chris brought some fresh and open statements and basically advocated for a more open-minded JavaScript community.

You can find his slides here:

The evolution of web applications by Raquel Velez

And she gave us a brief history lesson how npm started and evolved over the years. She particularly focused on the evolution of the npm website and the challenges they faced.

"No one in our team is an expert in anything." @rockbot at #scriptconf pic.twitter.com/rklnD4fV6U

(We link to the slides as soon as they are available, so come back to this post in the next days.)

Introduction to Serverless by Nik Graf

After a quick coffee break, Nik Graf kicked off the afternoon with his introduction to server-less architecture. Nik also works at Serverless, which is the company behind the serverless framework.

You can find the framework on Github (where it has been starred for 14.000+ times).

You can find Nik’s slides here:

The long road to 1.0 by Hannah Wolfe

Hanna Wolfe is the CTO at Ghost, which is a simple blogging alternative. Since I’ve been a follower and fan of Ghost for a while now, I was particularly interested in the story of Hannah and Ghost.

As the talk title suggested, Hannah gave us some great insights on the long road of building Ghost 1.0 and the challenges they faced. It’s been a great and open talk on the challenges she and her team saw while building an open-source platform.

You can find her slides here:

Felix Rieseberg works at Slack. And he’s a big fan of Electron. Why should you favor Electron too? He gave us a lot of reasons in his talk.

Electron is a JavaScript framework for building desktop application. And as you might not know, there are already tons of desktop apps out there built with Electron.

You can view his slides here:

Felix also did some impressive live coding which you can find on Github.

This was probably the most technical talk of the day. But at least Franziska warned her audience that it’s going to be really technical. 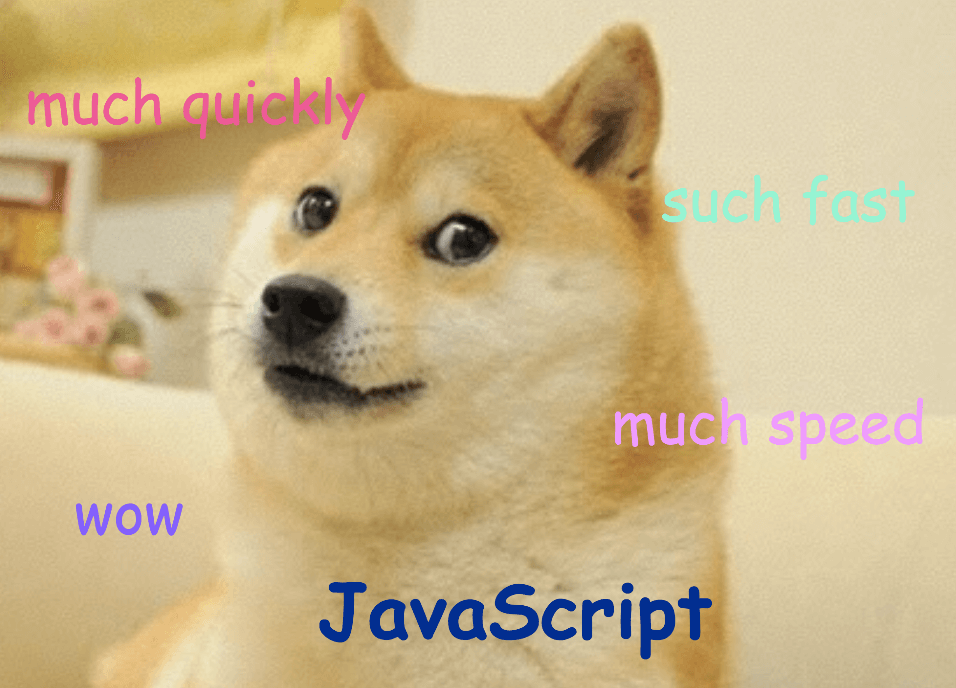 You can find her slides on Github.

Or better known as the art of coding. There’s so much to say about the last talk of the day, that I really don’t know where to start.

So let me get straight to the point. It was a great and refreshing talk about art. And why coding is art. Mathieu reminded the audience that writing code is so much more than just solving problems. He emphasized the joy of creating things. And in his talk he showed us how code can be transformed into audio and visuals. 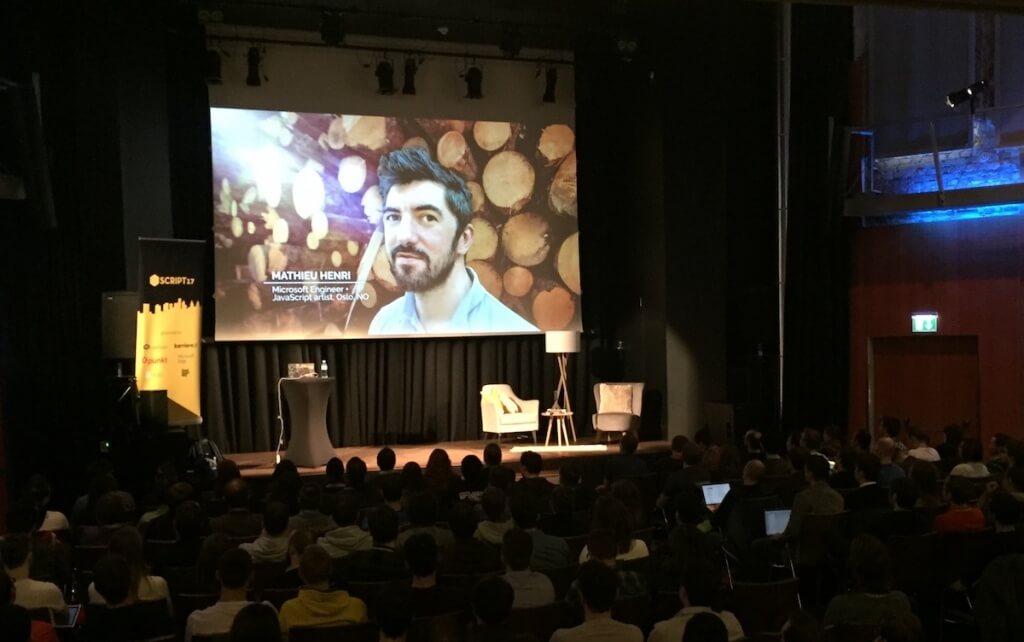 You can find the end result of the live coding session here and his slides here.

The talks were amazing, the food was great, and so were the drinks. So what else to wish for? Well, how about an Alpaca?

We at Usersnap teamed up with the Script conference to organize a little giveaway contest. We brought our Alpaca with us, and people had to tweet their Alpaca selfie with #AlpacaScript17 to participate. We expected a lot. But we haven’t expected the creativity and Alpaca love by all the Scriptconf attendees.

Here’s a selection of Alpaca tweets:

Obviously, you can find all tweets here.

As mentioned earlier, it has been a great conference day, full of new insights, learnings, and fun. If you haven’t managed to attend Script17, you should definitely check out the slides (and talks as soon as they are online) and make sure to be there in 2018.

First conference this year set the bar veeery high! Congrats to #scriptconf for doing such a great job!! @scriptconf ???