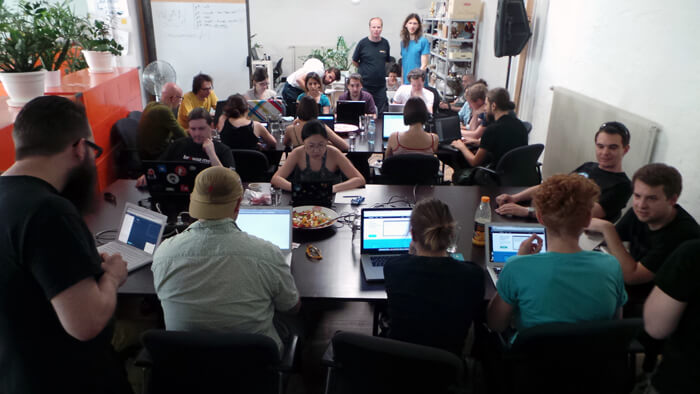 Last Saturday the Viennese chapter of the international movement Pyladies kicked off what will become a series of meetups, with a beginners workshop to Python. PyLadies aims to provide a friendly support network for women and a bridge to the larger Python world. Why? Well, because we’d like to see more diversity in the tech world, and with only 17% (and declining!) of the industries jobs filled by women, we have a long way to go!  That’s why anyone with an interest in Python was encouraged to participate (and yes, that means guys too). The attendees (both students and coaches) dragged friends, boyfriends, husbands and family members along for a day of coding bliss at Sektor5.

Both because part of the Usersnap team holds office at Sektor5, and because we’re proud Pythonista’s ourselves, we were happy to (co)sponsor this event. Being one of the organizers this post might turn out a bit biased, but we really had a lot of fun. And I think we learned heaps about where to improve for a next edition!

We started at half past ten, going through the Python track on Codecademy (who happily supported the event). With so many people interested in coaching (the Python community in Vienna rocks!), more advanced attendees could ask very specific questions and we saw a lot of one-on-one coaching sessions.

At around lunchtime we all had a well-deserved break with pizza’s sponsored by CheckiO, an Ukrainian startup gamifying learning how to code. After lunch we had a few lightning talks lined up. 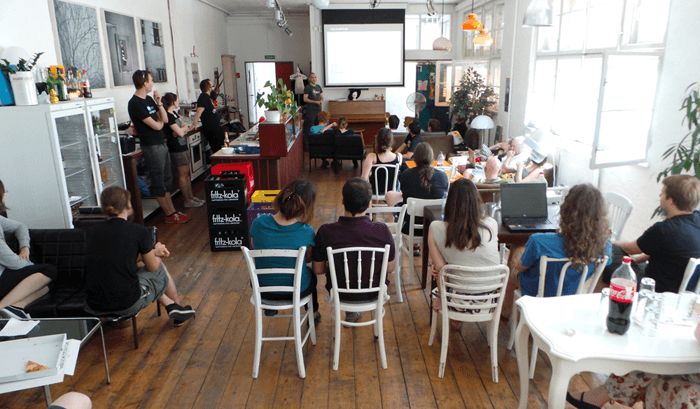 Like about how to start using the terminal for everything. Or about ‘making stuff pretty with CSS’, by Laura Gaetano. Coach Stefan Koegl introduced Viennese Python user group Pyugat and invited everyone to drop by this Wednesday. Horst Jens shared ‘the joy of game development’ and our very own Florian Dorfbauer explained how servers, browsers, markup and Python work together behind the scenes to serve you a website (using Andy and myself as live props!). You can find their slides and the other talks on GitHub! 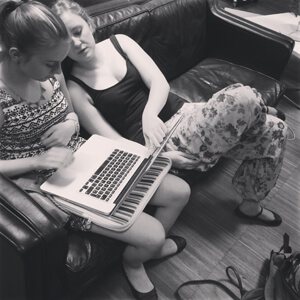 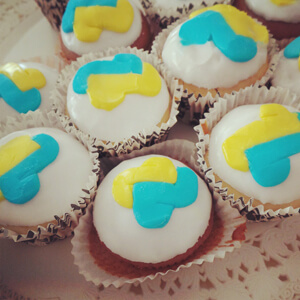 Looking back we probably should have included a talk about the PyLadies movement and about version control / GitHub, but hey, we’re still learning too!

PyLadies Vienna is planning a second workshop, September 7th. That means: more (and different) Python tutorials and… more pizza! Interested in joining? We’ll make sure all talks and tutorials are tailored at beginners, the second-time attendees will just go through the introduction a bit faster. But more on this later. Promised.

Find more pictures from our first event on Flickr.