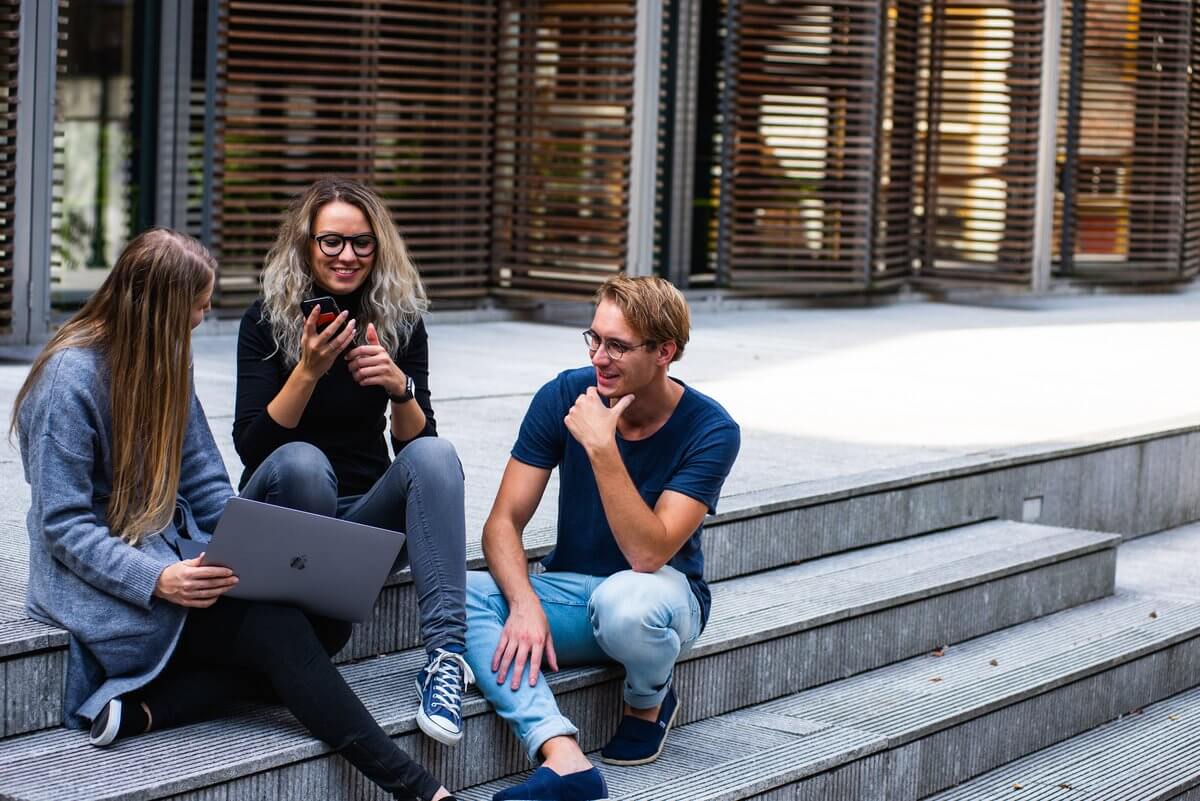 “The 80/20 Principle asserts that a minority of causes, inputs, or effort usually lead to a majority of the results, outputs, or rewards. Taken literally, this means that, for example, 80 percent of what you achieve in your job comes from 20 percent of the time spent.”

In his book, Koch illustrates in which areas the 80/20 principle holds true and how to use it to optimize work.

However, you might think that in our highly competitive world, achieving 80 percent is not enough. Sometimes, it seems that with growing customer expectations, giving 100 percent is just barely okay.

So how can you motivate your product team to go the last mile? How do you instill a culture of curiosity and learning?

Or in other words: What does it take, to make your team go the last 20 percent?

Here are our 7 practical approaches.

Attainable goals are key to keeping everyone motivated and engaged. You are probably familiar with S.M.A.R.T. goals, which are great to narrow down and assign tasks. S.M.A.R.T. is an acronym that was first used in the journal Management Review in 1981 and stands for specific, measurable, achievable, relevant and time-bound. Here it goes:

Specific: The goals need to be defined and narrowed down. Making your goal as concrete as possible is key for a successful outcome.

Measurable: Measuring your goals seems obvious, but it can be hard to put a number to a project if you don’t want to end up counting lines of code. Tracking doesn’t necessarily mean putting numbers on it, but can also be writing notes about your progress on a specific project.

Achievable: Big goals are important, but even more important are goals that are in fact achievable. If you are working with your dev team “achievable” also means to define who is actually in charge.

Relevant: Is the goal relevant to you and your team’s long-term vision. How exactly does it help you get to the next step?

Time-related: What is the time-frame for your goal? Do you have enough time to create the sub-steps successfully?

Here are some approaches we do at Usersnap to track our progress:

Daily Standup
Every morning at 9 am, we have a 20-minute daily standup meeting with our dev team, where everybody shares their progress, what they will work on next, and where they need help. That way, everybody knows exactly what other team members are doing and small issues don’t turn into bigger ones.

Visible Timetable
On a whiteboard, we have our goals and next steps outlined visible to everyone. The whiteboard is located in a central space so that everyone passes it naturally a few times a day.

Sound effect
Every time a customer signed up, you would hear the sound of a cash register. We have since abandoned this idea because it became too interrupting after a while and more sign-ups every day. But it was a fun way to track our progress and success in the early days.

Measuring Progress
There is a quote by Bill Gates that goes like this: “Measuring programming progress by lines of code is like measuring aircraft building progress by weight.” Measurable goals are the easiest because they are comparable. Instead of counting lines of code written, at Usersnap we once did a project counting code lines deleted.

3. Take a “Google”-approach to meetings

In 2012, Google set out to study team performance using the code name “Project Aristotle”. Their main finding was that it takes psychological safety for a team to become successful. The idea was that anyone could say anything, that no idea was too crazy or too stupid to be said, was what separated great teams from average performing ones. One team member recalled:

“We all felt like we could say anything to each other.”

Google’s teams that were most effective were “allowing others to fail without repercussions, respecting divergent opinions, feeling free to question others’ choices, but also trusting that people aren’t trying to undermine you”, as Charles Duhigg explains in his book Smarter, Faster, Better.

Here are some tips from Google you can try to establish a feeling of psychological safety in your meetings:

“There is  no such thing as a stupid question.” Asking questions is important, those that have questions are the ones that are thinking.

“I think one of the big challenges is cultivating minds and making sure you’re still open to the world and continue to see new things.”

When your team members have questions, it shows that they have a different perspective and are able to create new approaches.

Encouraging this curiosity is key to keeping your development team moving forward.

Teams are now to be considered the fundamental unit of an organization. Why? Because the belief is that an individual can only get so far on their own.

Individuals are better when they collaborate when they exchange ideas, and when they give and receive feedback.

What does that mean for your product development team?

Feedback is critical at every stage of product development. But if you want to keep everyone happy and engaged the process is critical.

Yes, we eat our own dog food, but not too many years ago, we had our own web agency working on clients products every day. Feedback was a real drag because it took so much effort and was exhausting everyone.

Every time you wanted to change the font size of a headline, you had to give a lengthy explanation which headline, on which page and so on.

A few years ago, we said: If feedback is such a big part of product development, let’s make it easier for everyone.

Fast forward five years and our product is now used globally by companies such as Google, Microsoft or Facebook. And here’s how it works: you can easily give feedback directly by drawing or circling your suggestions in the browser. It’s as easy as writing a sticky note, just that this note won’t get lost 😉

And here’s what the developer dashboard looks like. All of your projects are organized, can be tagged, and you can work together with your team members.

Keeping an optimistic work attitude can help everyone on your team. President Eisenhower once famously said: “Pessimism never won any battle.”

And Charlie Chaplin stated that:

There has been a lot of research on happiness and work, also because they are so closely related. According to the Broaden-and-Build theory developed by Barbara Fredrickson, positive emotions broaden our worldview. Negative emotions, meanwhile, narrow our perspective. Keeping an optimistic attitude can, therefore, help to keep everyone engaged, happy, and like having a place of psychological safety.

Team leaders have a significant role in ensuring team happiness and optimism. They are role models for motivation and for keeping an optimistic attitude for their dev teams.

7. Have a strong story

Millennial employees want to know that their work is making a difference. They need a brand story that answers the question: Why am I doing what I’m doing on a collective level.

Susan Wojcicki, the CEO of YouTube made it clear her motivation to work hard for the company is within the DNA of the product:

Your employees are your biggest brand ambassadors, chances are that they are talking about their work often and passionately.

Having a strong story is not just important for brand identity and communication, but also for team motivation. What is your company story and how does every single team member fit into it?

Purpose and perspective are more important than ever before and Millennials are more engaged and perform better when having both. A story everyone can identify with might make a real difference and is likely to motivate your team more than free lunches or happy hours.

We hope you got some ideas to try with your team next week to make work more productive and fun. Try something new and if it doesn’t work, just make it fit your needs. No team is the same and the best thing to do is to keep going.

This post was brought to you by Usersnap. Usersnap helps you work together with your team, communicate effortlessly, and have more fun. Learn more here.